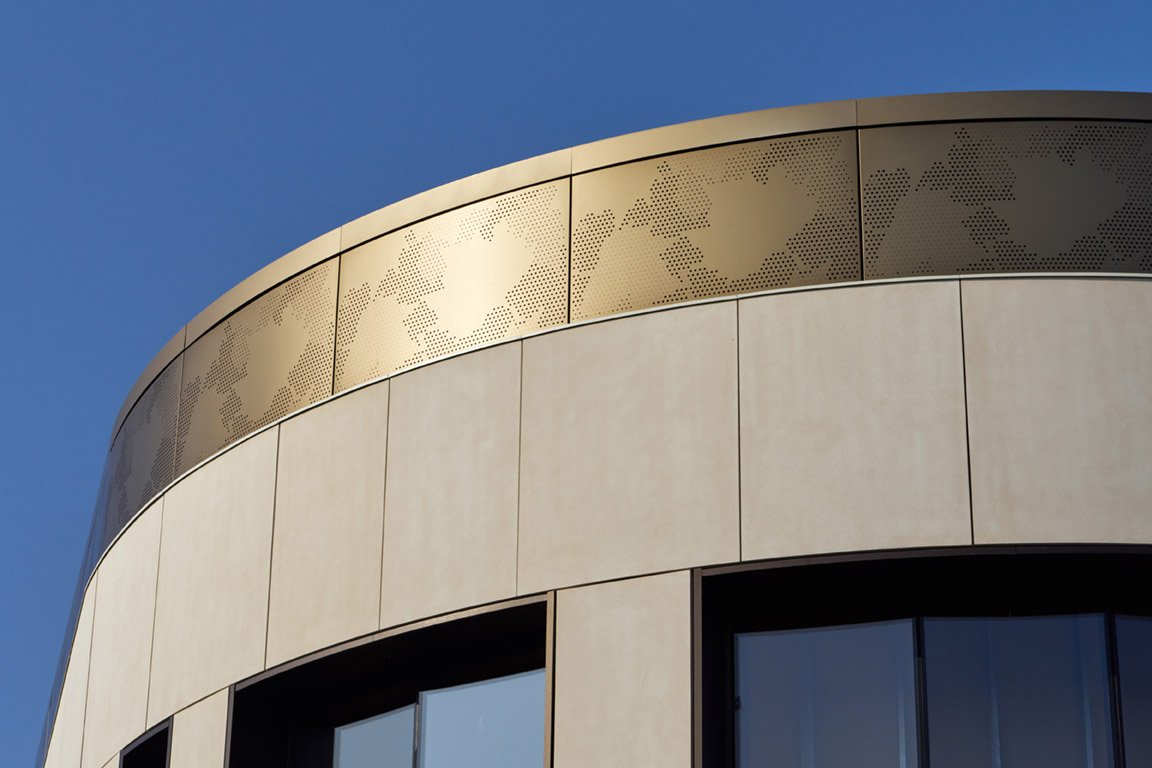 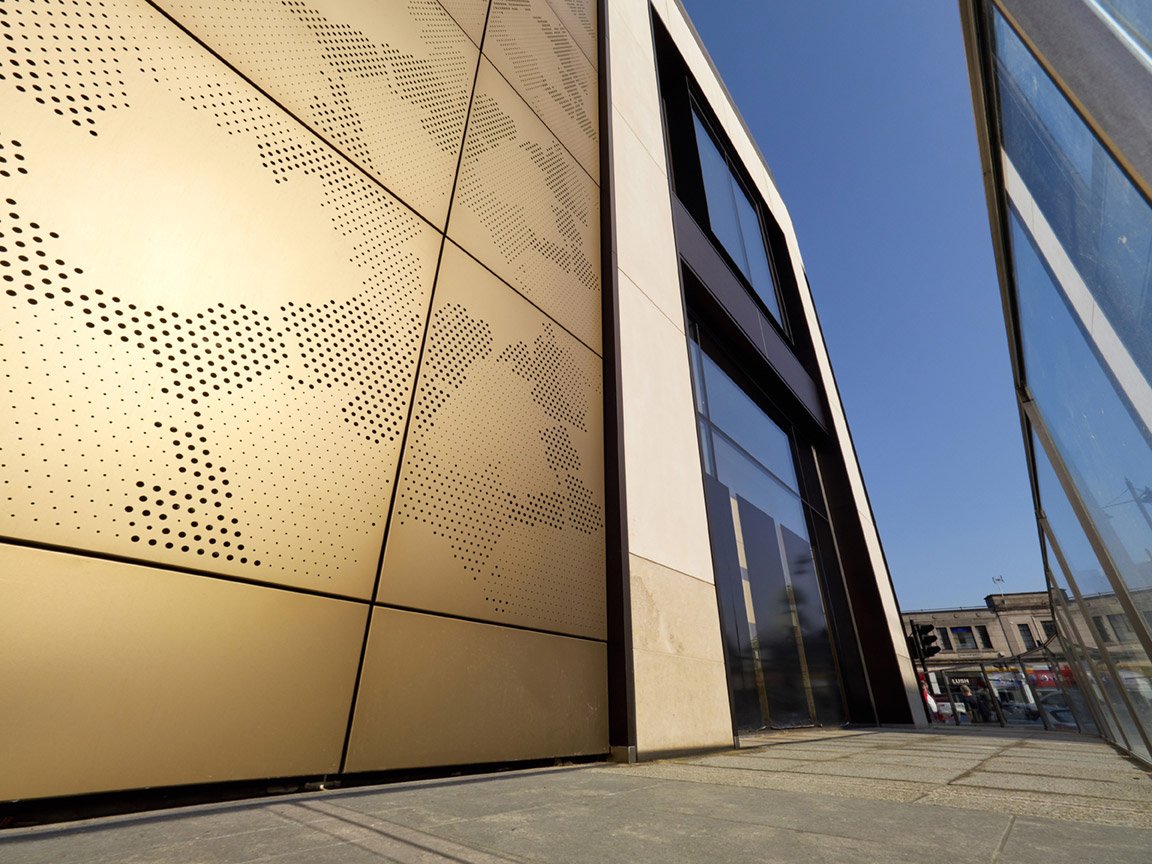 Having  successfully  completed  the  first  phase of  work  on  Wimbledon Bridge House,  Hatmet moved  on  to  the  second  phase,  which  involved delivering  solutions  on  a  much  larger  scale.  The site was initially prepared by the erection of the scaffolding and hoarding needed to undertake the required  refurbishments,  which  began  with  the removal of the existing glass canopy and concrete balcony from a position above the shop fronts. The units themselves were then given new facades, involving the updating or complete replacement of cladding, glazing and shop fronts.

Major  cosmetic  and  visual  enhancement  continued  with  pilasters  of  both  GRC  and Anolok anodised panelling being put in place to conceal the existing steel and concrete structures, whilst access to and from the affected units, and all service corridors and services within the wider area, were reconfigured. The practical impact of the project as a whole was then given a final aesthetic component via the application of bespoke Purbeck Stone paving and glazed balustrading to the frontage, including all ramps.

The work as a whole, which amounted to a substantial transformation of Wimbledon Bridge House was delivered and completed in a period of 32 weeks. 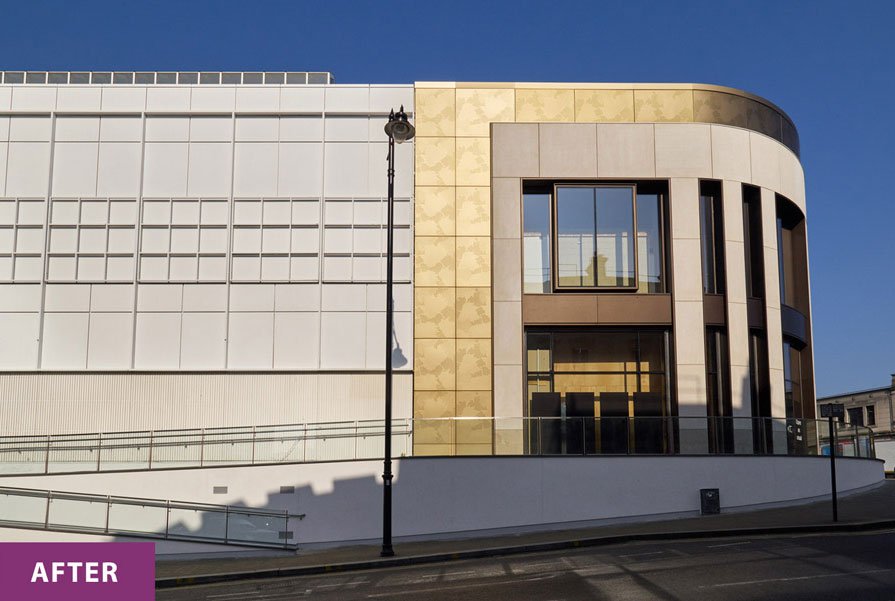 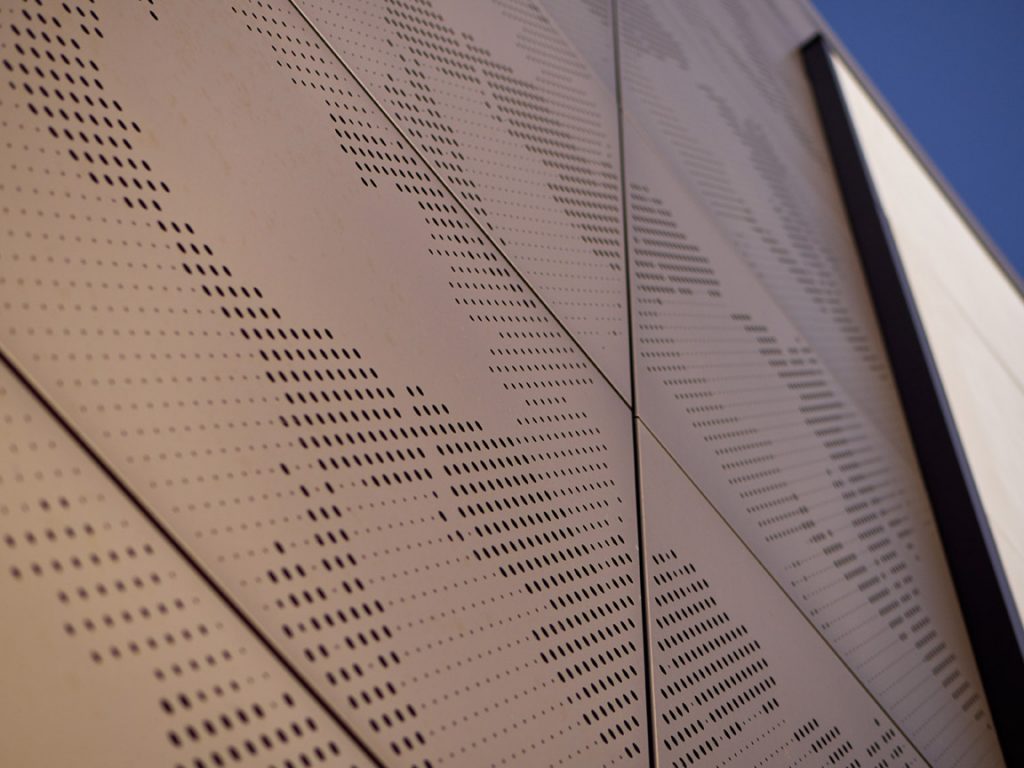 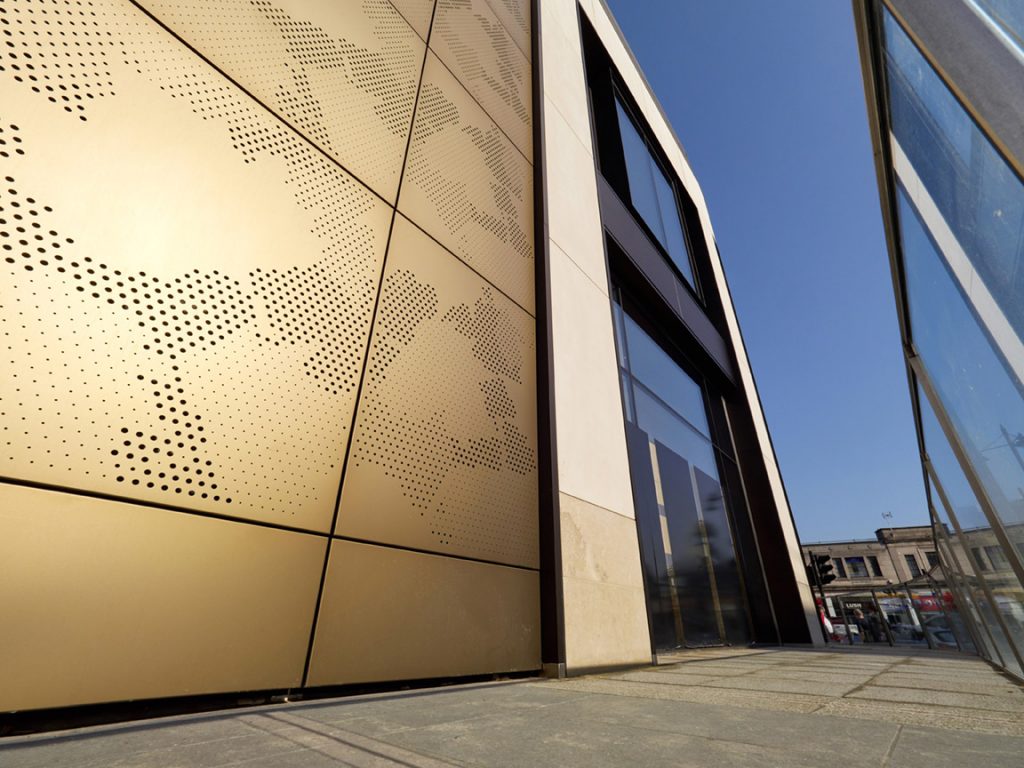 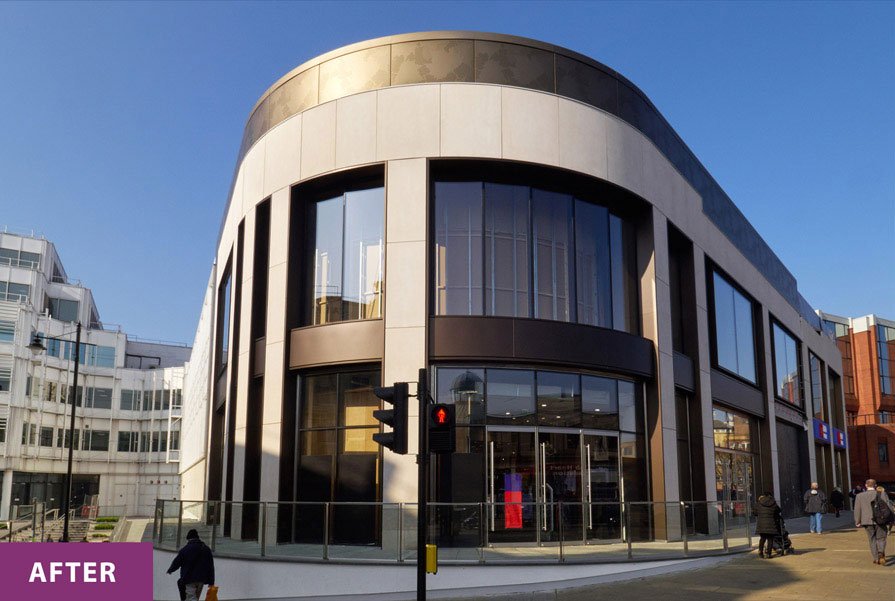 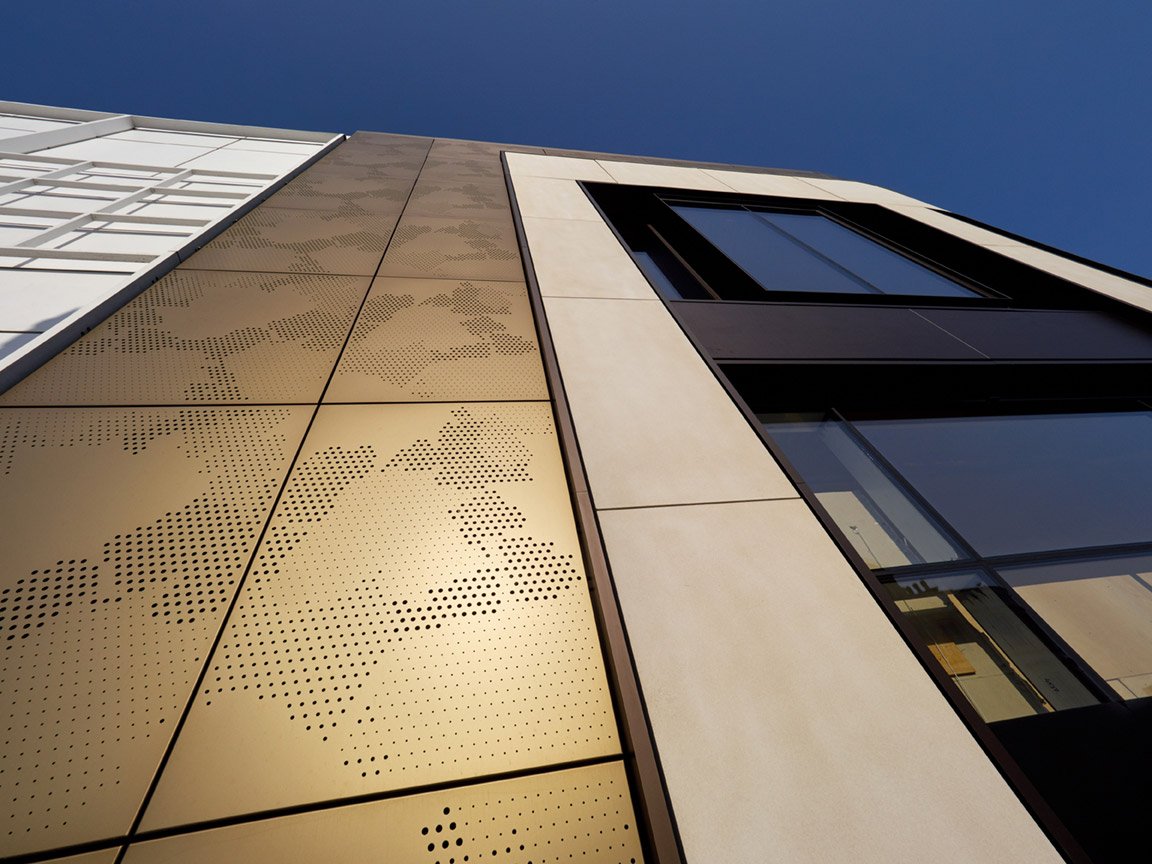 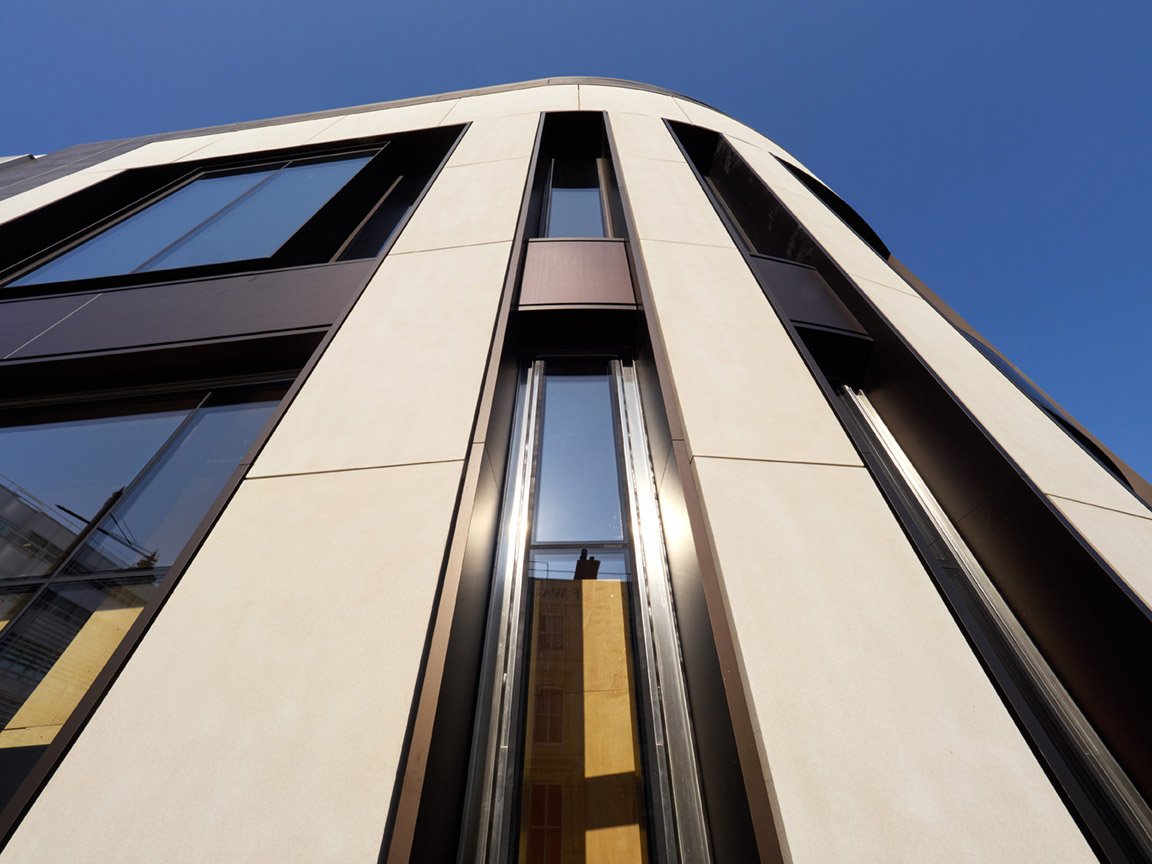 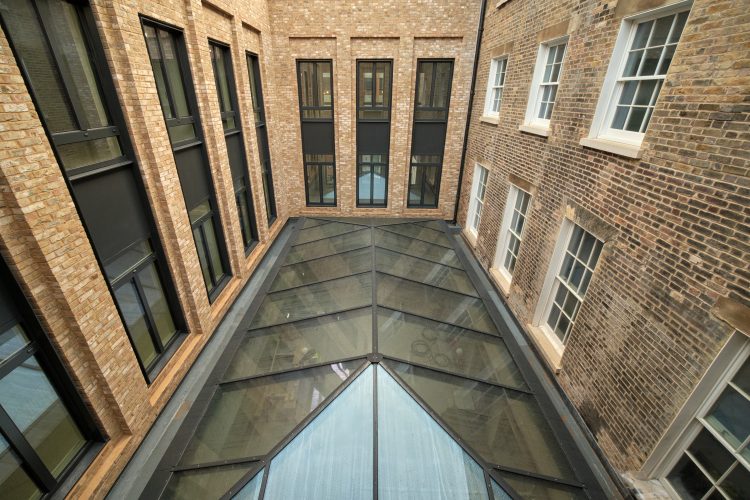 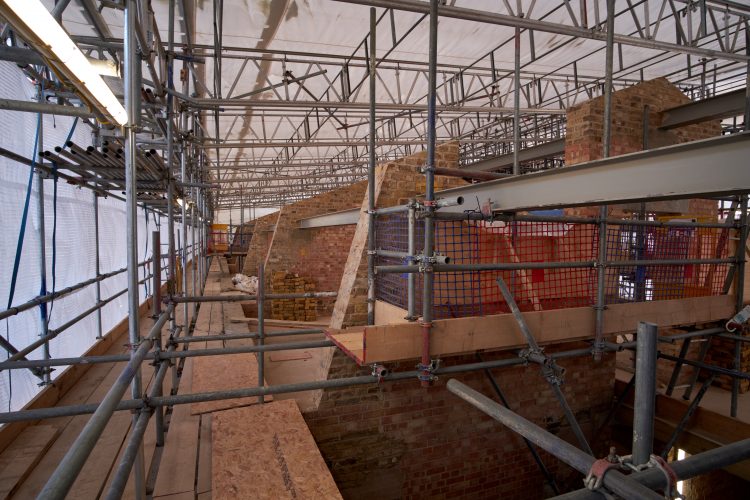 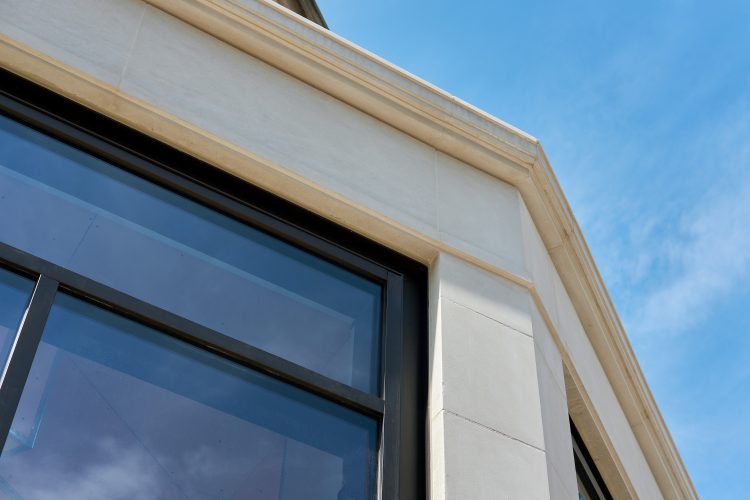